Customers on London Underground today found themselves transported to the heart of the Federation to mark the launch of Amazon Prime Video’s original new series Star Trek: Picard.

From Wednesday 15 January to Thursday 16 January, the Grade II listed station will be renamed “PICARDilly Circus”, with roundels in the ticket hall and platforms rebranded and specially created signage and posters, inspired by the new series, installed throughout the station.

Special public service announcements will also be made, advising customers on how to avoid card-clash and to “take care when using stairs, escalators or transporters” while travelling through the station. 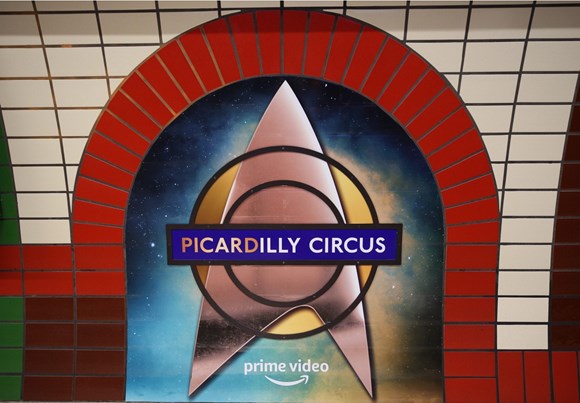 Julie Dixon, Head of Customer Information, Design and Partnerships at Transport for London (TfL) said: “We’re thrilled to partner with Amazon Prime Video to create this exciting takeover of one of London’s most well-known Underground stations to celebrate the launch of Star Trek: Picard. The Star Trek franchise is a global sensation and we’re excited to mark this next chapter in a creative and engaging way that connects with tens of thousands of people.

“We hope that the out of this world activity has brought a bit of unexpected fun to our customers and that they boldly go on their commute, young or old.”

Mike Gordon, Chief Commercial Officer at Global, said: “This clever campaign is a perfect example of how brands can harness the power of outdoor to create experiences which capture the attention of audiences at key moments of the day. For example, many commuters will be streaming video whilst travelling to work, or they may be heading home and considering diving into a new series. This dynamic activation will help drive awareness and fame for this much-loved franchise and we look forward to seeing how commuters respond.”

The new series, Star Trek: Picard, launches on Amazon Prime Video in more than 200 countries and territories around the world on 24 January and features Sir Patrick Stewart reprising his iconic role as Jean-Luc Picard, which he played for seven seasons on Star Trek: The Next Generation. The new series will follow this iconic character into the next chapter of his life. 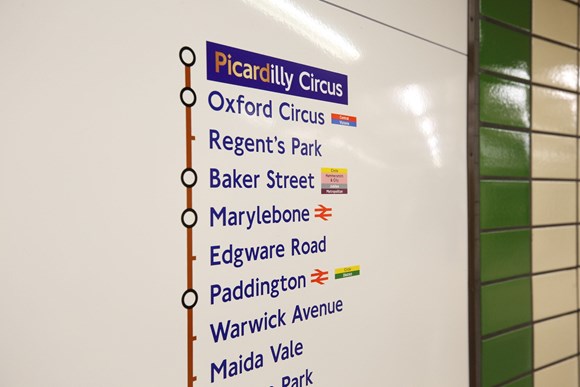 This two-day marketing campaign was developed by Amazon, Initiative, TfL and Global Media. By using TfL’s advertising estate and in-station environments, advertisers can have access to flexible and dynamic opportunities to connect with their target audiences, while helping to generate vital revenues to invest in London’s transport network.

The activation will run alongside high-impact media takeovers of platforms and corridor areas, delivered by TfL’s advertising partner Global, which will remain in place for two weeks.